Story Of The Third Fakir – Part 4

Next morning all the women came to my bed. I could not even get up that she started asking me how was your night? If you come to enjoy properly? I replied and took me to the bathhouse and everyone bathed me well and then made a dish of water in the food and fed me and gave me wine.

I became happy after eating and drinking well and then midnight passed like that, then I took another woman’s hand with me and started resting in the bedroom.

Fakir told Zubaida that I felt as if I was in heaven, but when one year was about to be completed, on the last day all the women who came to wake me up in the morning and ask about my condition, and ordered me to leave, and the eye I started saying with tears in my eyes, O prince, now God will protect you.

I started asking wondering where are you guys going and why are you going? Why would God protect? I will protect you if any calamity has come. I will help you Let me know if there is such a function. I will do whatever I can. He said no, it is God’s wish that we should be separated from him.

Many such men have come here who stayed with us and then left. Till date, we did not know the condition of those people, it is God’s will, we will have to separate.

I swore to him that please tell clearly what is the matter? Why are you people moaning? Why is this happening? And why are you talking about taking leave? Said one of them who went with me first that day. He said that the princes, we are all princesses, who are present here for Pramod from their respective kingdoms and after 40 days we all go back to the kingdom to do our work and after that after 40 days again here She comes

What has happened so far, I have not found any of the men here after 40 days, but we do not want to lose you, so tell you that this is the key to 40 rooms in which you can move around.

But I swear to you, swear by God and swear by all of us, you will not open the 40th room because if you open it, there will be pain, which will cause us pain and we will not be able to bear it.

I bid farewell to all those 40 women and started crying hugging them. They all left. The next day I started roaming here and there. I thought why not entertain myself by opening all the doors from all the rooms. You don’t have to open only one door, do you?

When I went out for a walk on the first day, I saw that it was a huge garden, such a garden would not be found in the whole world. There were many different types of fruits growing there. Different types of trees were famous all over the world and there was a canal to irrigate them, which was divided into small towns by a paved canal.

I kept walking till late in the night. Opening the three doors, seeing me, it was evening. I fell asleep after coming to my resting place. The next day when I opened the fourth door, I saw that there were huge idols with diamonds and ornaments. I was happy to see it. Ashrafia was seen in the fifth. When I saw in the sixth room, the garland of pearls, gold and silver was kept. Opened the other door like this and kept looking. It seemed to me that I am the king of 40 princesses.

Fakir says oh queen how can I tell you that in 39 days I kept opening all those doors and seeing new types of attractive things when 40 days happened the devil changed my mind. 40 went to open the door. As soon as I opened that door I felt strange and I fainted.

I wanted to get rid of that horse. I caught hold of the reins of that horse and took it out and rode on it. I signaled him to walk but he didn’t. I made him walk, he got wings, he flew and went far away from the earth. Then after that he went to the brass roof and came to where it was earlier and he made me come down. I fell under him. He hit his tail behind the legs and my right eye burst and then the horse went away.

Somehow came down from that brass ceiling. I was waiting for all those young men and that old man. Just when everyone came they said look I told you, you didn’t do that.

As you already knew, there is no place for 11 people to stay here, so you go to Baghdad. From there a friend of mine will drop you ahead. I went to Baghdad and there I got my head, my hair all shaved off and dressed like a fakir.

At the end of the story of the third fakir, Zubeida forgave them all and asked the people to leave. One of those fakirs who had narrated earlier. He said that if you allow, I want to hear more story of 3 men that how these people became like this.

Those three persons narrated their own story and said that we had come here to do business and some such incidents happened, life has become like this. Zubaida forgave all three of them and said that you guys go to your respective homes and by saying this the story ends here.

Through this post, we have presented you the story of 3 fakirs through three different posts. If you liked this story, don’t forget to follow us. Thank you. 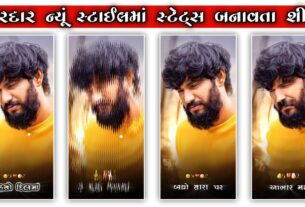 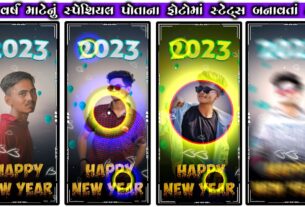 Instalments Loan – All You Need to Know