Story Of The King Of The Black Isles – Part 3

Tomorrow it will be like this again, saying that tomorrow you can see its path, the king became silent. After this he said to the king till his arrival, don’t worry so much. I will solve your sorrow. You are really very kind. A king like you is rarely seen. But I will definitely solve the incident that happened with you.

Saying this the king fell asleep there and after that when the queen came there and she sat beside her lover Hapsi and started saying, Prannath O Pran Dheer why don’t you speak anything? Get up talk to me I want to give the harshest punishment to that sinner of yours, but you don’t say anything at all. The king, who was half stone and half human, was listening to all this.

The queen has said, ‘Pran Dheer, you seem to me. Do not love How much trouble I have caused my husband for you. How much punishment has been given. But you don’t say anything at all. I am anxious to hear a word from you. I yearn to see you getting up and walking. My peace is bad. I do not eat and drink properly. Just day and night you get well soon. I wish to God that he may take my life but make your life healthy.

The king, who was sitting hidden, said in the voice of Habsi, O queen, you are not capable of talking to me. I do not consider you worthy that I should talk to you, the queen said, why are you saying this? Pran, then what crime have I committed? What’s wrong? The king said that I am sleepless. You, your husband shouts all day so that I can’t sleep.

You beat him so much that he howls day and night, which disturbs my sleep. That’s why I don’t like to speak. That’s why I don’t talk to you. The queen was extremely saddened to hear this but she had doubts and said Pran Dheer are you speaking? are you the one who is saying this? The king made in the form of a leaf of his hand said yes I am your hubby lover. I am speaking only if my sleep is complete then I will talk to you a lot.

The queen came from there to a room and took hot water in a cup. She chanted some mantras in it and the water started boiling rapidly, after that she took the cup and went to the room where her husband was standing lifeless and alive in effigy as a prisoner. She recited some mantras and hit that water on her stone body and said God if you are in this form and your real form.

No magic of mine or any mantra should work on him. So you come in real form. As soon as he said this, he came in his real form. The queen said that you love your life, so you leave here and if you ever see here again, I will kill you. The king left there and hid in a room, just wanted to see what would happen next?

Rani comes to the chamber of her lover, Hapsy. She tells him that now I have fixed it. Now you get up and talk to me. The king says in the voice of a hubris that I am somewhat fine now. But there is no complete rest because you have ruined the whole city. The whole city has been destroyed. You have put the men here in the form of fish in the pond. He says very bad things to both of us in the night, so that I am not able to get rid of the disease. You have to fix that too.

The queen agreed to this also. She immediately took some water to the bank of the pond and after reciting this mantra poured the water into the same pond. The fishes became real in the form of men and women and it was back to a city with streets, shops and a palace.

After doing this, the queen immediately went to her hubby’s room and went swinging with joy that you get up and talk to me. I did everything as you wanted. In the voice of a hubris, the king has said, queen, then come to me and sit. He came and sat down, she said come a little closer. She went a little closer and asked her to come a little closer.

Rani went a little closer. As soon as the queen came nearer to him, the king held her in his arms and struck her with his sharp sword so fiercely that she broke into pieces and threw her and her lover into a well and raised that well up. covered with soil.

On the other side, the king was also waiting for that visitor. As the visitor arrives, the king politely thanks him and invites him to visit his palace. But the king says that first you go to my palace, rest for a few days, have food, after that, then go to your black islands.

He got ready to go to her palace, after having food and rest there, when she thought of leaving for her palace, the visitor king said that your palace here is at a distance of 1 year. how will you go there

That sorceress has located your palace so far away, so you could have done a lot with black magic. It is good that he died, but it is good luck that your state was located closest to our state so that I could understand the solution to this problem.

When the king reached his kingdom, he was very happy to see his soldiers and courtiers there and there the courtiers and soldiers were also happy to see the king and thanked God and the visitor. After a few days, the king toured the whole state to know the condition of the entire city, both the crown prince and the king started running the state together.

The crown prince was declared the heir to the kingdom and all the work was handed over to the crown prince. Yuvraj and Maharaj called the fisherman living on that pond and gave a lot of money because all this happened because of the same fisherman, due to which Maharaj’s life was also saved and the whole state started running happily and the state again became green and cheerful. Gone.

Understanding The Impacts Of Gout 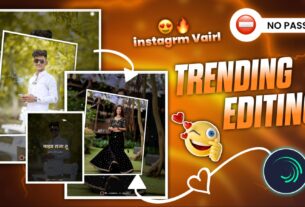 How To Take Loan From Mobile