The Story Of Kane Alfuz, The Fourth Brother Of The Barber

Hello friends, welcome to the series of Namaskar Alif Laila stories. Today we bring to you the story of Kane Alfuz, the fourth brother of the famous barber of Alif Laila. You will read this story till the end.

He was very fond of making sheep fight, from which he used to earn a lot of money. Due to making sheep fight, he became very well known in the whole city. One day when he was sitting in his shop, an old man came to him and told him that Alkuz pack 5 kg of goat meat for me and instead of giving money to Alkuz, he gave some silver coins, seeing which Alkuz Said that you give me money, not silver coins.

After which that old man said that I do not have money. You keep silver coins in place of money and saying this the old man left from there and for the next four-five months continuously that old man used to take goat meat from Alkuz and instead of money he would give silver coins. Used to go

One day when Alkuz was short of sheep, then he thought that let’s buy some new sheep and one day when Alkuz was going to buy sheep, he opened his piggy bank and took money out of it. As soon as he extended his hand. Then he saw that all the silver coins given by the old man had turned into a piece of cardboard.

Seeing whom he was very surprised and started shouting loudly. Hearing his shouting, all the people around came to his shop and started asking why are you shouting so loudly? After asking everyone, Alkuz showed them his piggy bank and said, look what has happened to me? And Alkuz told the whole thing about that old man, on hearing which everyone was surprised.

And started wondering very much that how did this happen? But then suddenly that old man was seen coming out in front. After seeing whom Alkuz immediately caught hold of him and started shouting at the old man in front of all the people. After which the old man said to Alkuz that you are not doing well with me and you should apologize to me for your mistake, otherwise it will not be good for you.

Seeing everyone, the old man started trying to trap my brother Alkuz and said that brothers, the meat you take from it is not of any animal, but it kills people and sells their meat to all of you, and you feeds people. After which, after listening to the words of that old man, my brother Alkuz said that you have cheated me.

Instead of accepting your mistake, on the contrary, you are blaming me and you are not ashamed of making such a heinous allegation against me. After which a person said on him that you get all of us to check your shop. Do you know you have killed men inside? After which Alkuz said that whoever wants to check my shop should come with me.

Seeing which, along with everyone, Alkuz was also very surprised and he could not understand at all, how did this happen? And the old man who accused Alkuz of this was no mean man.

The old man was a great magician who used his magic to mislead the great people and he did the same thing to Alkuz and all the people. Due to which they could see the dead body of an animal hanging there.

After seeing which everyone was convinced that this old man was telling the truth and all the people present there started killing my brother Alkuz without thinking anything and while beating he also broke one eye of my brother Alkuz. And after that everyone took my brother to Qazi and went there and told everything to Qazi.

There, that old man with his magic took that Qazi under his control. After which the Qazi also declared my brother guilty and sentenced him to 500 lashes as well as ordered him to be expelled from the city. My brother said a lot that this old man is lying but the Qazi also did not believe my brother’s words because the old man was under the influence of magic.

After wandering for many days, when he was wandering here and there for begging, then suddenly he saw some men coming from behind, seeing whom he got scared and went and hid.

After which they caught hold of my brother Alkuz and said that we were looking for you for many days but today you have come under our control. My brother got very scared after listening to those men and started saying what have I done? Why are you holding me like this?

Those men told that you and many of your friends had stolen from my sir’s house and had stolen all his money. Alkuz was shocked to hear this from the men and said that he had not committed any theft. You guys are having some misunderstanding.

But those men did not listen to one thing of Alkuz and started saying that even after you and many of your friends have committed theft, your stomach is not full and you have again tried to kill my sahab by going to his house. Last night we saw you and your friends running away from Sahab’s house with a knife in your hand.

With which you went to kill them. After that they started searching my brother and in a short while my brother had a knife which he used to kill animals. After seeing the knife, those men said that this is your proof that you have committed the theft and after saying this, the men took my brother Alkuz and left from there.

And took them to the Qazi and made them stand and they told the Qazi that he and many of his friends were big thieves who had stolen many things from our sir’s house. Alkuz told Qazi that I am not a thief or people are lying, but those men tricked Alkuz in such a way that even Qazi started believing their words.

If you don’t believe it, you can check its back, which has flogging marks. After which Qazi took off all the clothes of Alkuz and got his back checked and seeing the marks of Kodo, Qazi did not listen to Alkuz even a single thing and once again punished him with 500 lashes as a punishment and punishment of expulsion from the city. Also gave, after which those people did what the Qazi had said.

Friends, I hope you find this story interesting, there are many such stories which are available on our website. You can read them and entertain them by reading your children etc. and encourage us by sharing this story and if you have any question related to the story, you can ask through the comment box. 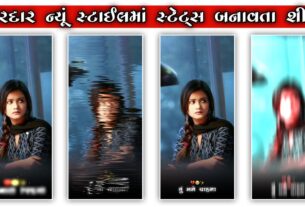 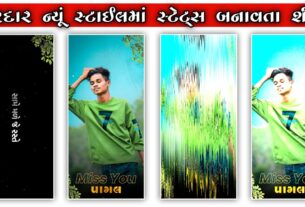